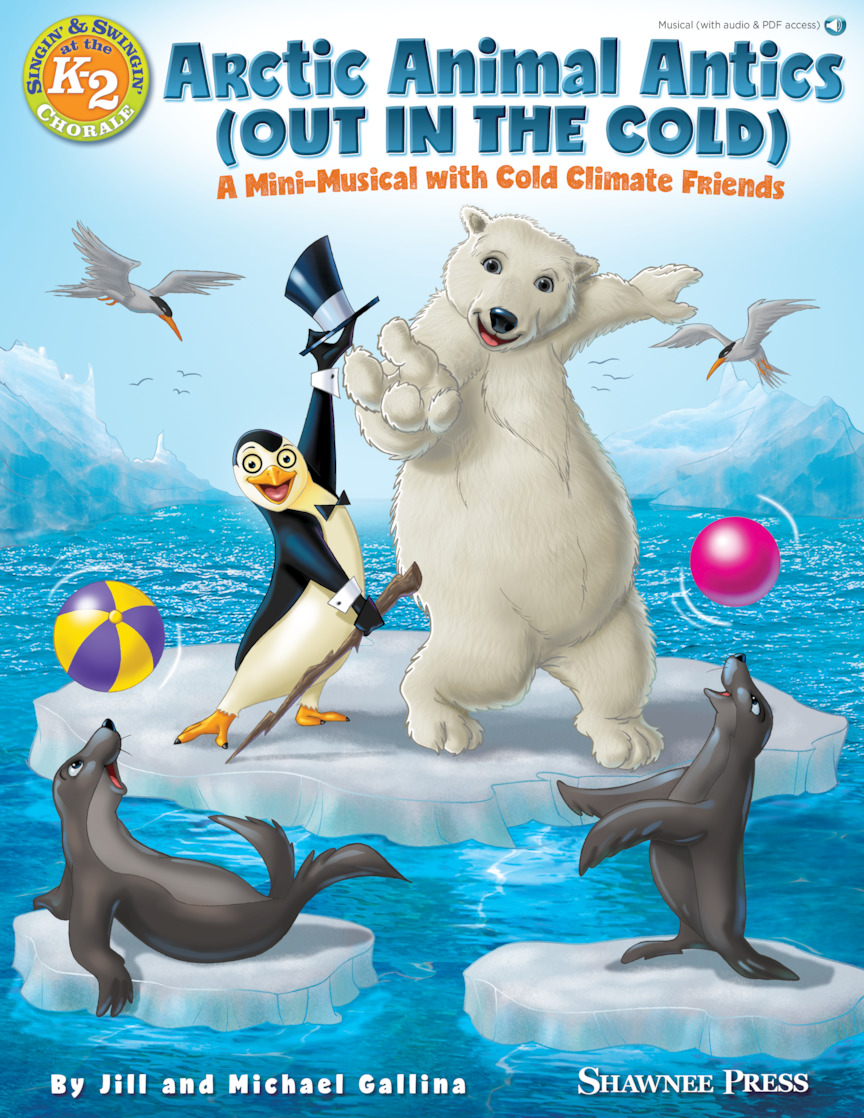 Cool it, friends, and CHILL! It's time for the annual Snow Ball with a talented group of cold climate friends ready to entertain you. Join hearty polar bears who refuse to take a snooze, good natured arctic terns, hi-falutin' penguins dressed to the nines and multi-talented seals who are sure to seal the deal! The Singin' and Swingin' at the K-2 Chorale Series includes easy-to-stage mini-musicals specifically designed for primary-age students. The all-in-one format features piano/vocal arrangements, scripts with 18 short speaking parts, costumes and staging suggestions and audio access to performance/accompaniment recordings, as well as projectable/printable PDFs of melody sheets, lyric sheets and dialog - all under one cover! Songs include: Out in the Cold, Roly Poly Polar Bears, One Good Tern Deserves Another, The Penguin Ball, Seal the Deal! About 20 minutes. Suggested for grades K-2.

On a Starlit Night

Guess Who's Coming to Bethlehem?

Strike Up the Rhythm Band

Singin' in the Rainforest

A Hip Hop, a Skip and a Jump