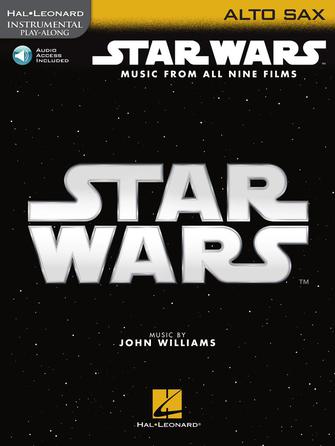 Play along with full accompaniments to your favorite Star Wars songs! This collection features solo arrangements of 16 favorite selections from all nine films in this epic series with excellent backing tracks that make you sound like a pro! Demonstration and backing tracks are provided for each song. Audio is accessed online using the unique code inside the book and can be streamed or downloaded. The audio files include PLAYBACK+, a multi-functional audio player that allows you to slow down audio without changing pitch, set loop points to master those challenging parts, change keys, and pan left or right. Includes: Across the Stars • Ahch-To Island • Battle of the Heroes • Duel of the Fates • The Forest Battle • The Imperial March (Darth Vader's Theme) • Rey's Theme • The Rise of Skywalker • Star Wars (Main Theme) • and more.

Pirates of the Caribbean Instrumental Play-Along

The Best of the Beatles – 2nd Edition Chart

Best of the Beatles – 2nd Edition Chart Add to Cart

The Best of the Beatles – 2nd Edition Chart Add to Cart

Due to high demand, Star Wars – Instrumental Play-Along for Alto Sax is on back order