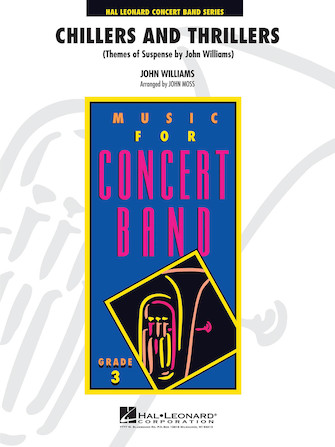 Among the countless memorable movie themes penned by John Williams over his illustrious film scoring career are some of the scariest and most ominous melodies ever written. From witches and devils to Darth Vader and Voldemort to fish with big teeth, this is music that makes us cringe in a darkened theater. This fabulous medley for band includes themes from Star Wars, Harry Potter, Jaws, The War of the Worlds, Dracula and The Witches of Eastwick. (Leave the lights on!)

Symphonic Dances from Fiddler on the Roof

The Legend of Zorro