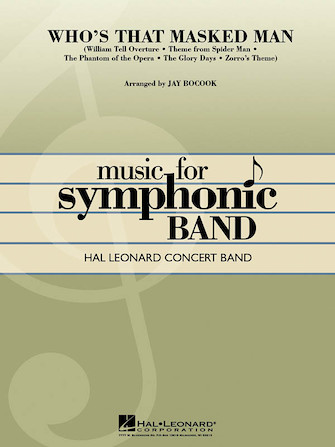 Why is it that so many of our favorite characters from film and television wear masks? Jay Bocook examines this disturbing phenomenon in this intense yet entertaining medley featuring themes from The Phantom of the Opera, The Mask of Zorro, The Lone Ranger, Spider Man and The Incredibles.

Selections from All Shook Up