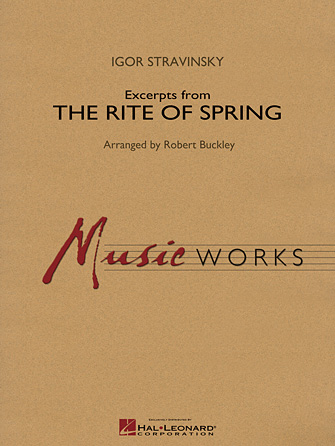 The premier performance of The Rite of Spring in 1913 is the stuff of legends. There are disagreements amongst the people who attended whether it was the music or the choreography that caused the near-riot in the audience. Since then The Rite has been performed regularly and is considered to be one of the most influential works of the 20th century, laying the basis for modern jazz, film music and even heavy metal. It's all here: the driving rhythms, the haunting Russian folk melodies, the brilliant scoring, the crunching harmonies and the epic drama! The intention with this arrangement for band was to stay as true as possible to the original and choose the sections that would work well in this context. Sure to become a valued and important addition to the wind band repertoire! Dur: 6:30

Three Early Ballets (The Firebird, Petrushka, The Rite of Spring)