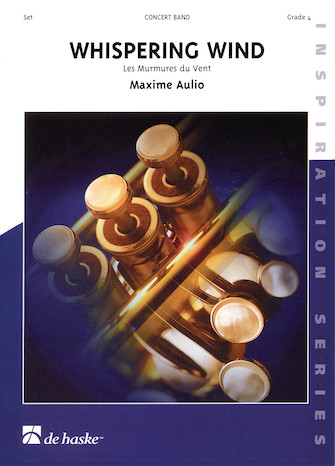 “Don't listen to anyone's advice, but listen to the lessons of the wind passing and telling the history of the world.” -Claude Debussy. Since the dawn of time, the wind has played an important role in all civilisations. Worshipped as a deity, “master mind” of poetry, driving force, or heaven's messenger, the wind took on the most varied shapes according to the era and people. In Claude Debussy's time, music listened to the voice of nature, and imagination found its primary rights again. This importance of wind was the inspiration for Maxime Aulio's work Whispering Wind with its suspended atmospheres, vaporous lines and luminous colours. The wind caresses the canvas. A fascinating new work for concert band.

The Earl of Oxford's March

Fantasy on a Japanese Folk Song