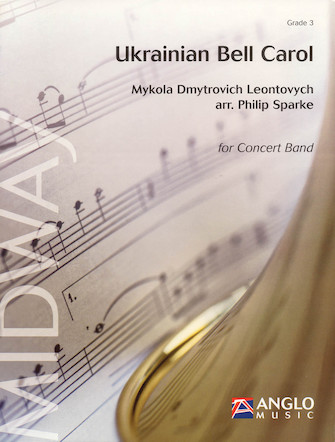 “The Ukrainian Bell Carol” is part of a large choral work entitled Shchedryk by the Ukrainian composer Mykola Dmytrovich Leontovych (1877-1921). It was first performed by students of Kiev University in December 1916.

The tune is an adaptation of an old “shchedrivka,” a song traditionally sung on Ukrainian New Year's Eve (January 13), which hopes for good fortune in the year to come. In Shchedryk Leontovych added his own lyrics, which concern the legend claiming that when Jesus was born, all the bells on earth started ring in his honor. The tune has since been the inspiration of at least four different Christmas carols, but Philip Sparke has sourced the original Ukrainian melody to create this stirring arrangement.

Towards the Western Horizon