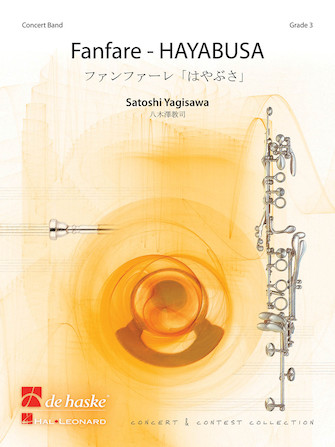 Developed by the Japan Aerospace Exploration Agency (JAXA), the Hayabusa asteroid probe returned to earth on June 13, 2010, completing its mission as the first ever spacecraft to obtain surface samples from an asteroid. This fanfare was commissioned by the band of NEC Tamagawa, conducted by Ikuo Inagaki, to commemorate the success of the Hayabusa mission. At the premiere performance in Minato Ward, Tokyo, the piece was so successful the audience demanded it be performed again as an encore. Dur: 2:30 (Grade 4)

Hymn to the Infinite Sky

Breeze In The Forest

The Life of a Samurai