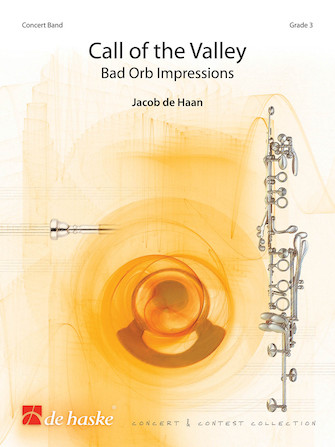 The inspiration for this three-part work goes back to the International European Youth Wind Music Festival, of which the patron has been Jacob de Haan several times. It begins in a festive march tempo, then sacred music, instrumental groups playing offstage and a little march for brass and flutes. The third movement is a parade in which the various sections of the ensemble head towards the stage from different directions. Even without the effective choreography of the musicians, Call of the Valley is an impressive concert band composition. Dur: 5:15

Call of the Valley has been added to your cart