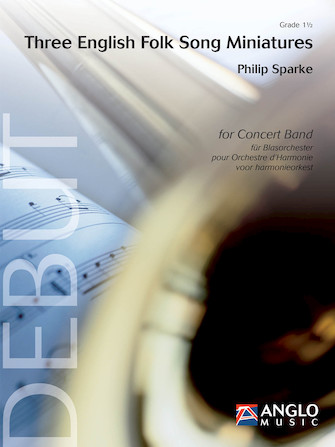 England enjoys a long folksong tradition. Composers such as Cecil Sharp and Vaughan Williams rekindled an interest in this heritage at the beginning of the 20th Century by collecting numerous songs, some of which were transcribed for the first time. Philip Sparke selected three songs from the 18th and 19th Century for his Three English Folk Song Miniatures: the fisherman's song “Dance to Your Daddy,” the love song “O Waly, Waly” and “Bobby Shafto,” a song from the northwest of England. Dur: 5:30

Three English Folk Song Miniatures has been added to your cart