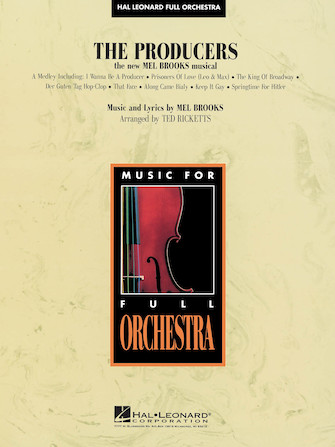 “I grew up with all the great shows. And that's what you're going to get here...an old-fashioned traditional musical comedy.”

This Tony Award winner has become an entertainment phenomenon – the hardest ticket to get on Broadway. Ted Ricketts' spectacular medley includes: Along Came Bialy, Der Guten Tag Hop-Clop, I Wanna Be a Producer, Keep It Gay, The King of Broadway, Prisoners of Love, That Face, and Springtime for Hitler.

The Producers has been added to your cart

Beauty and the Beast (Overture) Symphony Pops Add to Cart