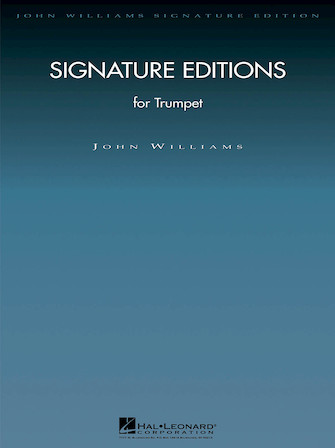 This collection includes authentic First Trumpet parts for twelve John Williams orchestral compositions from his most famous film scores and commissions. A thrilling addition for the serious trumpet player's library.

Star Wars: Main Title • Summon the Heroes • Olympic Fanfare and Theme • Liberty Fanfare (written for the rededication of the Statue of Liberty on July 4, 1986) • Raiders March • March from 1941 • Sound the Bells! • Theme from J.F.K. • The Cowboys Overture • Superman March • Flight to Neverland • Born on the Fourth of July

Concerto for Trumpet and Orchestra

The Adventures of Indiana Jones

Adventures on Earth (from E.T.: The Extra-Terrestrial)

Concerto for Horn and Orchestra