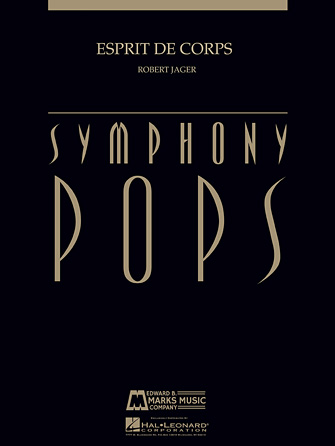 Originally written for concert band (and commissioned by the U.S. Marine Band), Esprit de Corps is a fantasy-march that serves as a tribute to both the Marine Corps and the Marine Band. Composed immediately after the 1983 bombing of the Marine barracks in Beirut, Lebanon, the composer chose to forego an elegiac tribute in favor of a work that reflects the positive spirit of the Corps, full of energy and dynamism. Even the tempo marking, “Tempo di Bourgeois,” reflects the dramatic and spirited conducting of Col. John R. Bourgeois, conductor of the Marine Band at the time of composition.