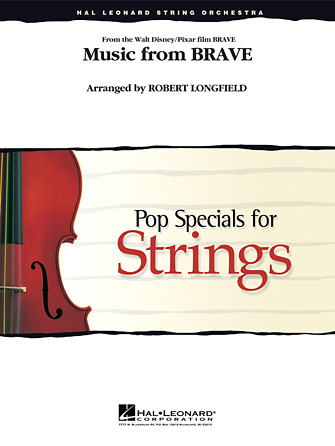 Featuring a marvelous blend of Celtic-flavored themes, Patrick Doyle's soundtrack from the blockbuster Disney/Pixar film Brave ranges in mood from haunting and lyrical, to powerful and majestic. Robert Longfield captures the style beautifully for string orchestra.

Rolling in the Deep

Selections from The Lion King

River Flows in You