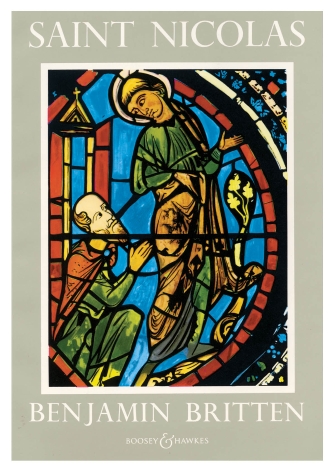 In the fifth movement, 'Nicolas comes to Myra and is chosen Bishop', the choir sings chorale-like phrases welcoming him as their new Bishop. They go through his ceremonial dressing with all the accoutrements of his office, the mitre, crozier (nice pun on the librettist's name).