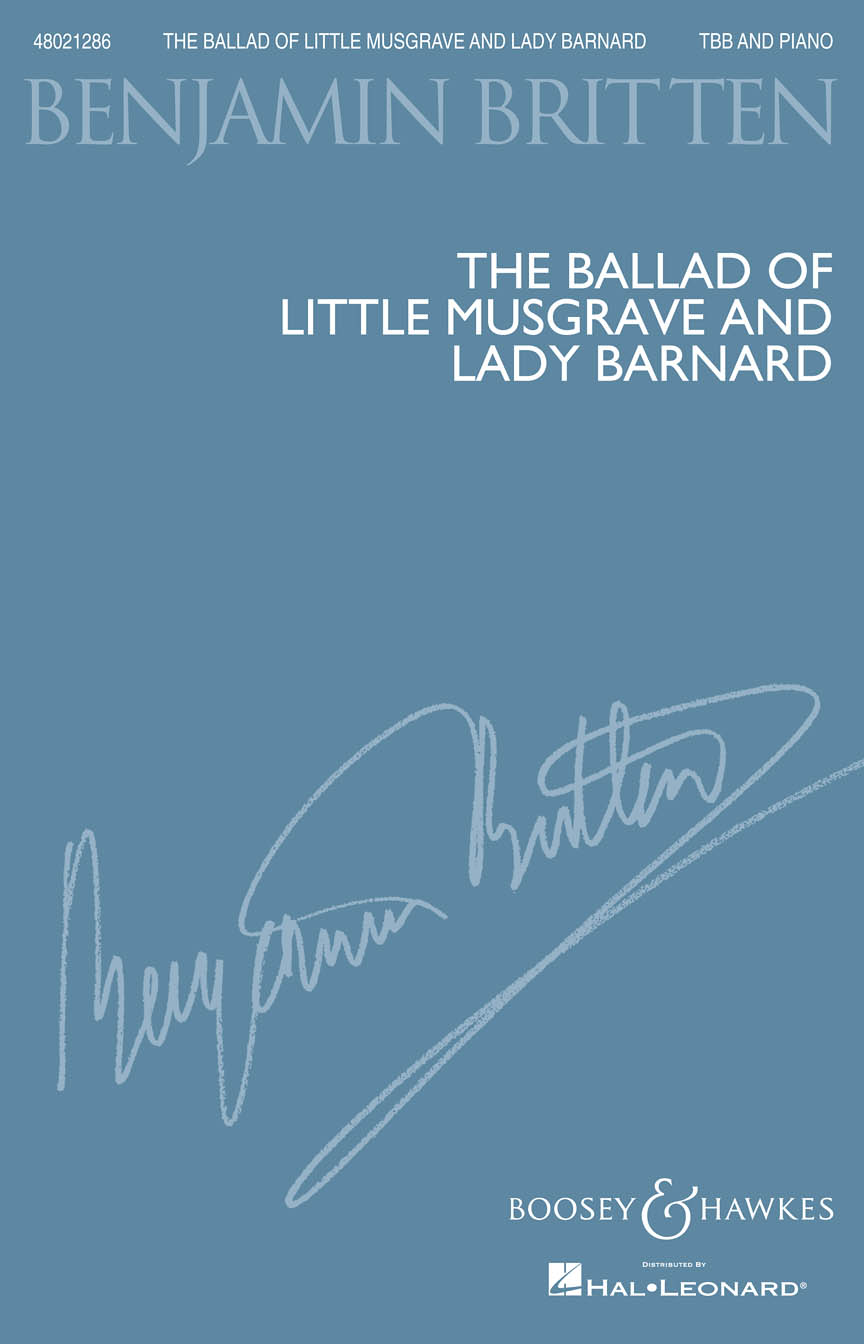 Text: anon: from the Oxford Book of Ballads

This work had a curious genesis. Britten's stance as a conscientious objector in World War II is well known but his sympathies for those caught up in its ramifications were as deeply felt as anyone's. Written in the middle of the war years, this ballad was composed 'For Richard Wood and the musicians of Oflag VIIb - Germany'. Wood had organised a music festival at this officers' POW camp at Eichstätt, Bavaria between February and March 1943 and Britten's work was performed at seven of the concerts.The story tells of an unfaithful wife and her lover (Lady Barnard and little Musgrave) being discovered in flagrante delicto and murdered by the cheated husband, Lord Barnard. The music is wonderfully descriptive of the tale beginning with a plodding piano part and the prosaic opening of the tale. As the baritones and then the tenors join the fray, so intensity grows as the liaison between the two lovers is laid bare. A 'little tiny page' - Lady Barnard's footman - overhears the assignation made between the two, and he dashes off to spill the beans to his master who hastens to catch them red-handed. Musgrave thinks he hears Lord Barnard's hunting horn urging his horses to speed on. His mistress, however, encourages him to lie longer , thinking it is just a shepherd's horn. And so the die is cast. The ending is a moving slow threnody as Barnard laments the death of his wife, urging the gravediggers to put her on top of Musgrave as 'she comes from nobler kin'.

This is a wonderfully dramatic work which will be well within the capabilities of most reasonable choirs. It needs a group of singers who can sustain long-ish lines in the slower passages, and counter a possible tendency to flatness in these sections as well. Care should be taken over the balance between the three parts and especially over the division between the two bass parts. The ability (desire) to tell the story with a sense of involvement and of passion will make all the difference to a successful performance.

Song for Athene (Alleluia. May Flights of Angels Sing Thee to Thy Rest)

Selections from West Side Story

She Moved Through the Fair