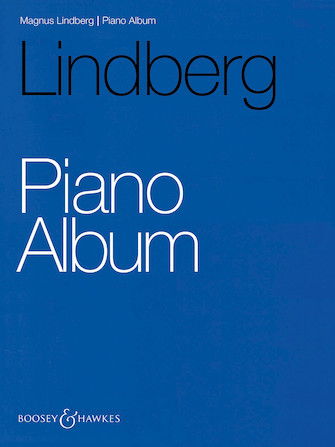 This collection of Magnus Lindberg's shorter piano works includes all pieces from 2001 to date, among them some uncommissioned tribute pieces:

Étude I (2001). Commissioned by the Festival Octobre en Normandie.

Fratello (2016). Composed for a concert at Walt Disney Concert Hall, Los Angeles, in memory of the composer Steven Stucky.

Promenade (2017). Composed in 2017 for Victoria Robey OBE, Chairman of the London Philharmonic Orchestra where Magnus Lindberg was composer-in-residence from 2014 to 2017.