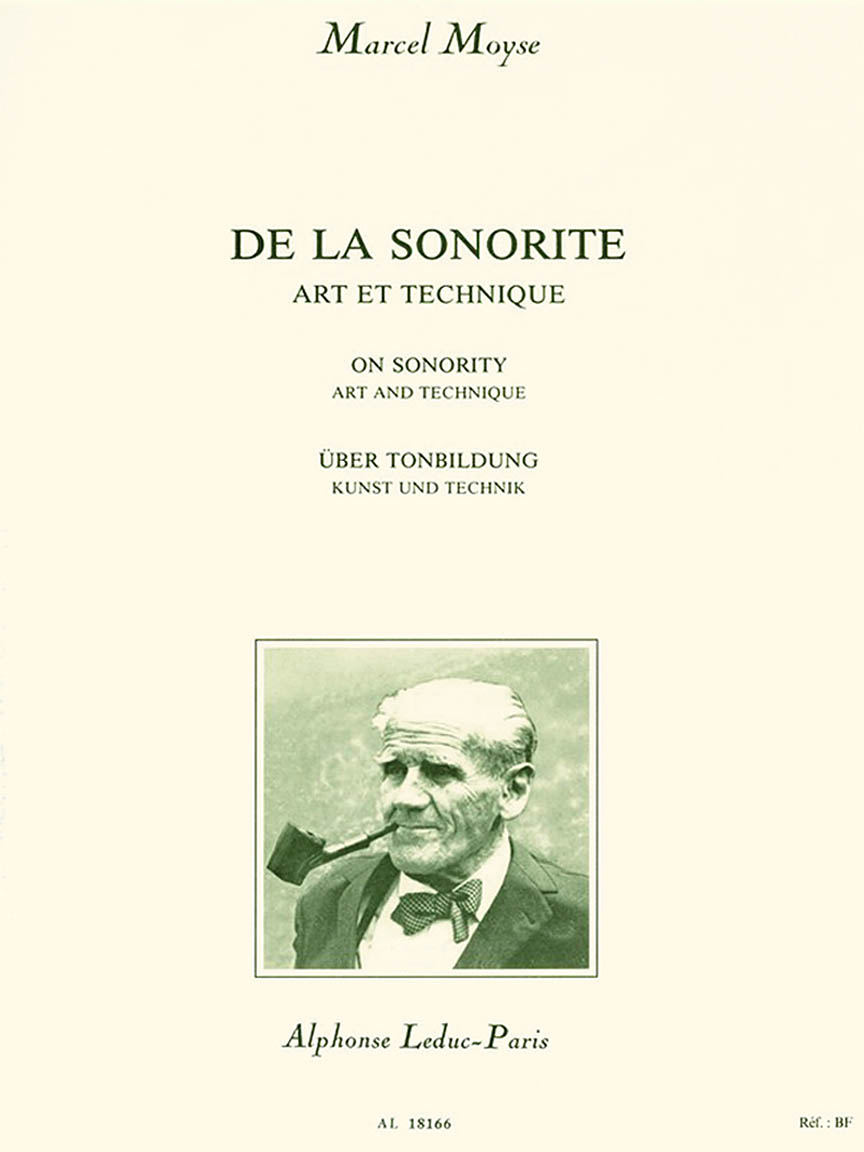 Published in 1934 and written by the French flautist and composer Marcel Moyse (1889-1984), De la Sonorité proposes a method to acquire a beautiful sonority on the flute. Created for the use of advanced flautists, the exercises should give a means to the players to transform their sounds and obtain a different and better tone. De la Sonorité is divided into five parts: 1. Timbre and homogeneity of tone in the 3 registers 2. Suppleness of tone (especially in the low register) 3. Attacking and slurring notes 4. Fullness of tone 5. Management of tone in interpretation.

Considered as a maestro by some musicians, Marcel Moyse has composed many flute methods and exercise books such also published by Alphonse Leduc, such as Gammes et Arpèges (1933), Exercices Journaliers (1922) and Mécanisme-Chromatisme (1927). His methods are widely used and recognised worldwide.