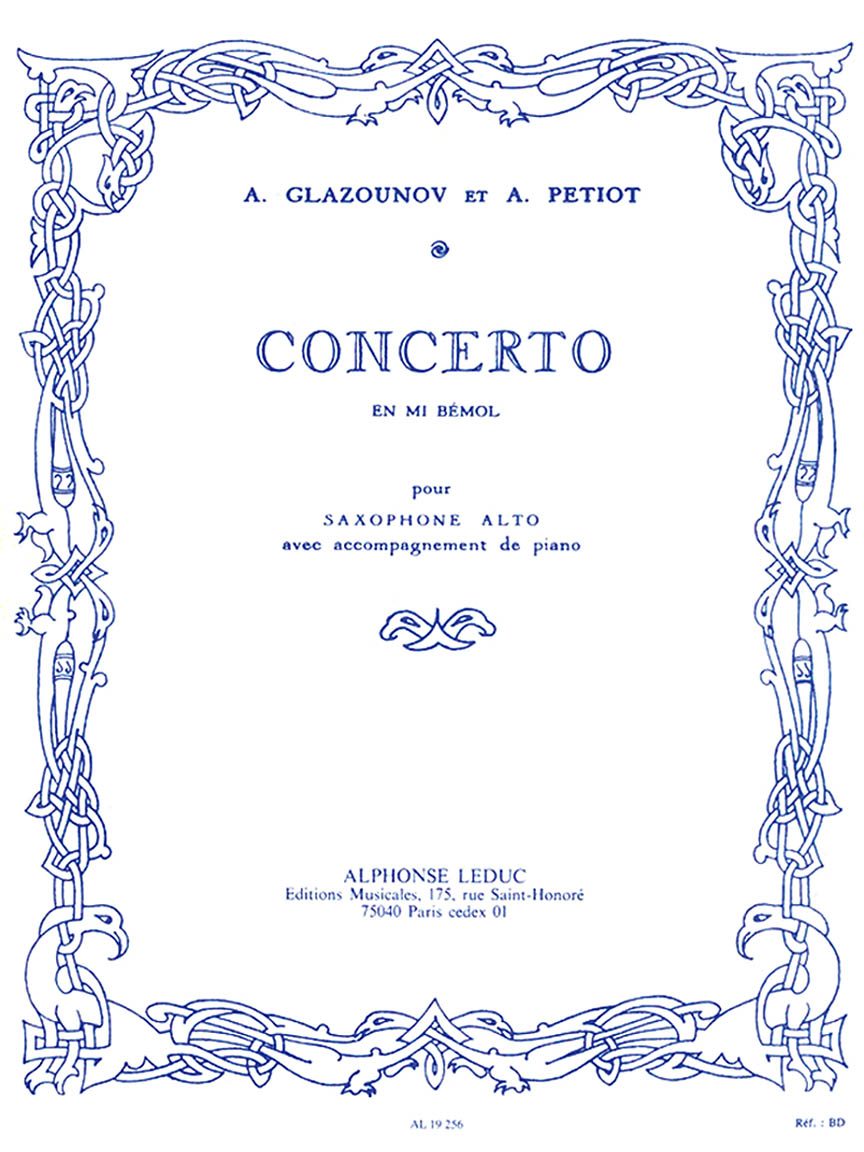 Written in 1934 by Alexandre Glazounov (1865-1936), this Eb Concerto for alto saxophone is a fourteen-minute piece dedicated to Sigmud M. Rasher, a famous saxophonist and soloist. Initially composed for saxophone and strings, there was no mention of a second composer, even though the 1936 publication adapted for saxophone and piano mentioned the name by André Petiot (1886-1976). The concerto starts with an Allegro moderato in 4/4, followed by an Andante transition mainly in C flat major at 3/4, and ending on a Fugato in 12/8. The first performance of this concerto in public occurred after the death of its author, in Paris. Alexandre Glazounov (1865-1936) is a famous Russian romantic composer. Considered as a prodigy and mentored by Belyayev, he composed ballets, concertos, symphonies and later became director of the Saint Petersburg Conservatory. He had a strong influence on Stravinsky's and Shostakovich's careers and died near Paris, in 1936. This concerto is a classical piece of the saxophone romantic repertoire.