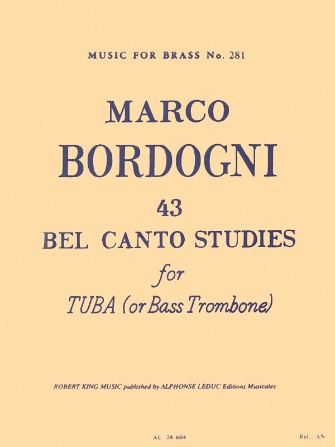 Due to high demand, 43 Bel Canto Studies for Tuba or Bass Trombone is on back order