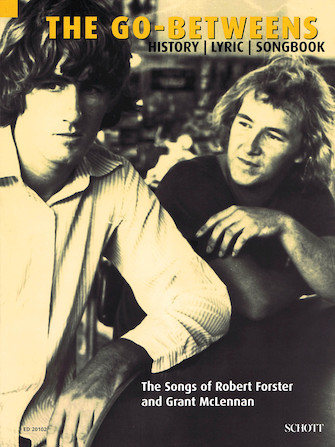 The Go-Betweens were formed in 1978 when two students at Queensland University in Australia, Grant McLennan and Robert Forster, met. Unlike many other bands, they played perfectly formed, timelessly beautiful, guitar-oriented pop songs from the outset. In 2005 their ninth and final album, Oceans Apart, was released and received the renowned ARIA Award. The great Grant McLennan died unexpectedly on May 6, 2006. This songbook, with a foreword by Robert Forster, an extensive history of the band by Klaus Walter, music and texts for 26 of their best and most popular songs (including: Lee Remick • Cattle and Cane • Streets of Your Town • Finding You • and more), and previously unpublished photographs is dedicated to the memory of Grant McLennan. Text in English and German.

Play Guitar with the Smiths Guitar

The Go-Betweens has been added to your cart

Best of The Clash Guitar Recorded Version Add to Cart

Play Guitar with the Smiths Guitar Add to Cart

Due to high demand, The Go-Betweens is on back order