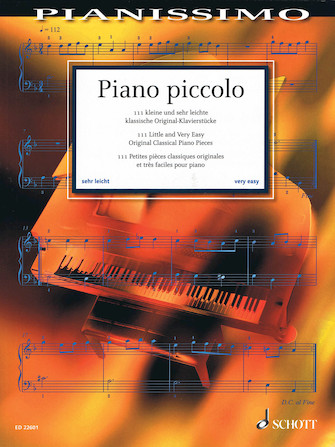 Piano Piccolo has been designed as a beginner's introduction to the successful collection Für Elise (ED 20044) in the Pianissimo series. This collection of 111 very easy original classical piano pieces includes popular repertoire pieces as well as many rarer finds that are not widely known. Works by over sixty composers from the Baroque, Classical, Romantic and Modern eras here offer a rich treasure trove for and are a valuable addition to imaginative and varied tuition for beginners.