for Children's or Women's Choir and Organ 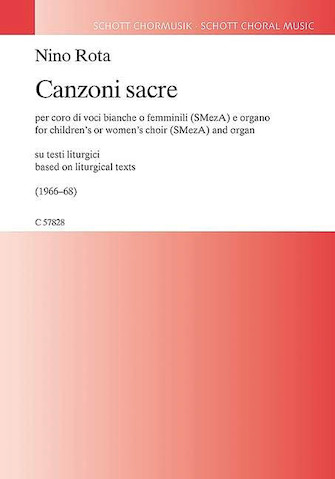 for Children's or Women's Choir and Organ

The Italian hymns contained in this collection were composed during the years 1966-1968. They are based on texts of the so-called post-conciliar liturgy resulting from a reform dictated by the previously concluded Second Vatican Ecumenical Council. Due to this reform, national languages would now be permitted in several parts of the liturgy. Rota incorporated the last piece of this collection into the film score for Franco Zeffirelli's La bisbetica domata (The Taming of the Shrew).

The Best of Nino Rota

Concerto for Trombone and Orchestra