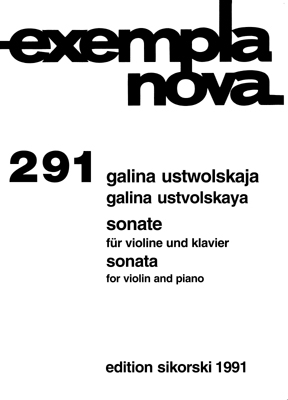 Galina Ustvolskaya (born in 1919 in Petrograd) was one of the few mid-century Russian composers to escape the stylistic shadow of the giants of the era, such as Shostakovich and Prokofiev. She developed her own individual style, shown in this Sonata composed in 1952 but not published until 2001, and just now being released in the U.S.