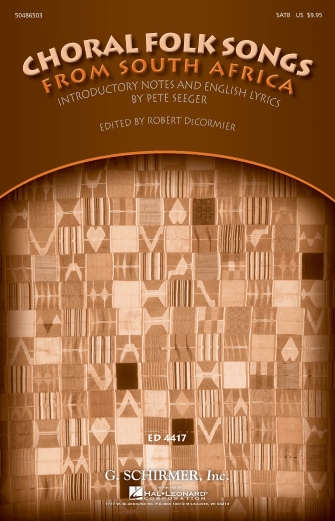 These songs first became known in the U.S. when Pete Seeger and a group of New York City teenagers, called the Song Swappers, recorded some of them for Folkways Records in 1955. (One of the Song Swappers was Mary Travers, who later became “Mary” of Peter, Paul and Mary.) In 1960 G. Schirmer published a collection of the songs, which made it possible for choral directors and song directors to introduce their singers to this music. Long out of print, the collection has now been reissued with several new songs included. The music can be adapted and used with young children, as well as high school and adult singers.

*New song in this edition.

How to Play the 5-String Banjo

Songs of the Rainbow Children (South African Songs and Games)