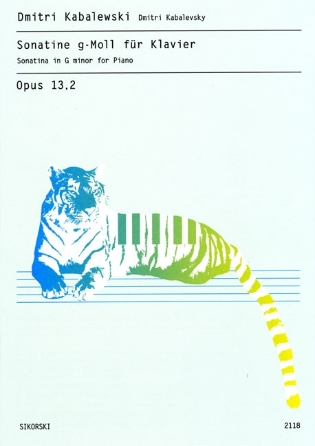 This edition represents the new version of Dmitri Kabalevsky's second sonatina for piano of 1933, made in 1969. On the occasion of its publication, the composer noted:

“It differs considerably from the earlier version. The sonatina now has three movements instead of four; what used to be its third movement has been included under the title 'Through Forests and Mountains' in the suite 'In the Holiday Camp' Op. 3/86, for which ithad originally been intended, before the sonatina was written. The first movement has been siginificantly revised, a number of changes have been made in the second movement, and a few slight alterations in the finale.”