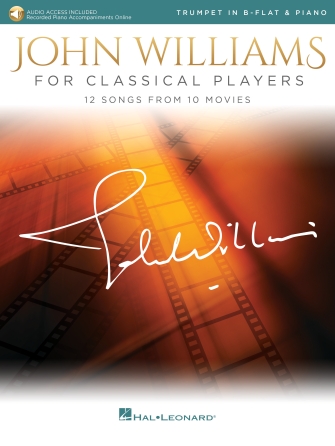 Intermediate level arrangements for trumpet and piano accompaniment, in a range flattering to the trumpet. The music has been edited with added dynamics, articulations and phrasing suggestions, making it appropriate for lessons or performances. The accompaniments have been recorded on an acoustic grand piano. Includes 12 songs, including: Across the Stars (Love Theme from STAR WARS: ATTACK OF THE CLONES) • Cantina Band • Theme from E.T. (The Extra-Terrestrial) • Theme from “Jurassic Park” • Luke and Leia • Theme from “Schindler's List” • Somewhere in My Memory • and more.

With Malice Toward None (from Lincoln) John Williams Signature Edition - Brass

John Williams for Classical Players has been added to your cart

Due to high demand, John Williams for Classical Players is on back order