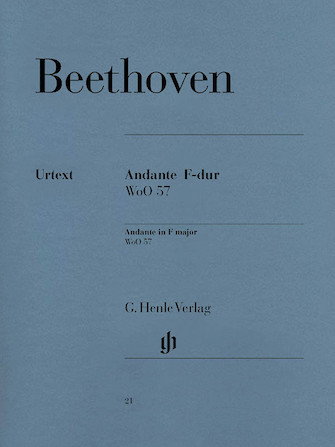 With its appealing opening melody, this piece is widely known and beloved under the title Andante favori. It was written as the slow movement of the famous “Waldstein” Piano Sonata in C Major, op. 53. Beethoven's student and later biographer Ferdinand Ries reported that a friend had voiced his view about “the sonata being too long,” whereupon the friend was given a terrible talking-to (by Beetthoven). But “...Having had time for more placid reflection, my teacher [i.e. Beethoven] soon became convinced of the correctness of the comment.” Luckily for today's pianists, Beethoven did not discard the piece completely, but had it published as a single movement in 1805. The title Andante favori made its first appearance in a print that was released one year later.

Andante F Major WoO 57 has been added to your cart

Tonight (from West Side Story) Piano Vocal Add to Cart