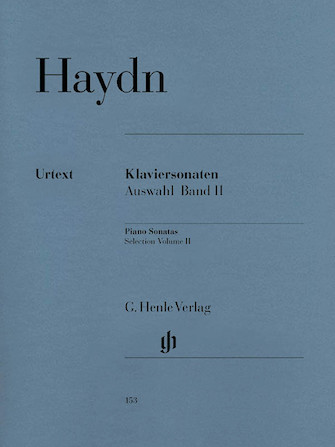 Joseph Haydn's piano sonatas are a compendium of masterly compositional and pianistic technique as well as a collection of charming and witty ideas. The two-volume Henle edition of selected works introduces pianists to the most interesting of the altogether 52 sonatas.

Volume II of this edition contains nine sonatas from volume III of Henle's three-volume Urtext publication of the complete Haydn piano sonatas. They include the pieces written in 1784 for Princess Marie Esterházy, as well as the last three major sonatas from the London years. Four sonatas in two movements are also included in this volume, since Haydn, in his later years, returned more and more often to the two-movement form of his early works. The chronological order of the edition makes it easier to trace the development of Haydn's piano style.