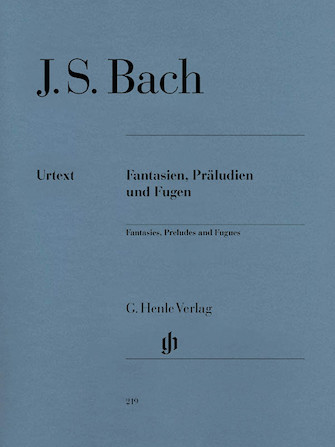 In contrast to the large collections of partitas, along with the French and English Suites, Bach's Fantasies and his preludes and fugues besides the Well-Tempered Clavier have not come down to us as interconnected cycles. Perhaps this is one of the reasons why only few of these works gained widespread popularity. Only the much-acclaimed Chromatic Fantasy and Fugue BWV 903/903a and the great C-minor Fantasy BWV 919 have found a permanent place in pianists' concert repertoires.

Fantasies, Preludes and Fugues has been added to your cart

Due to high demand, Fantasies, Preludes and Fugues is on back order