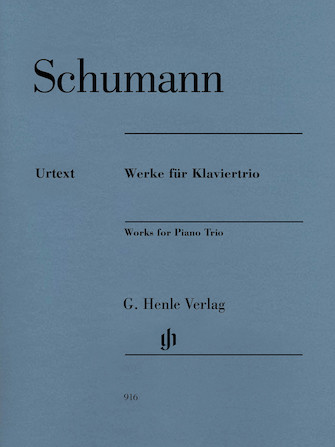 Schumann began writing chamber music rather late in his life. In 1842 he then wrote six substantial works, including his first piano trio, which he only published in 1850 under the title Four Fantasy Pieces op. 88. In the meantime he had already composed the Trios in d minor op. 63 (1847) and F major op. 80 (1847-49). When he was in Dusseldorf, in 1851, he wrote the g minor Trio op. 110. Together with the trios by Mendelssohn and Brahms, Schumann's four compositions are the most important works for this genre written in the 19th century.