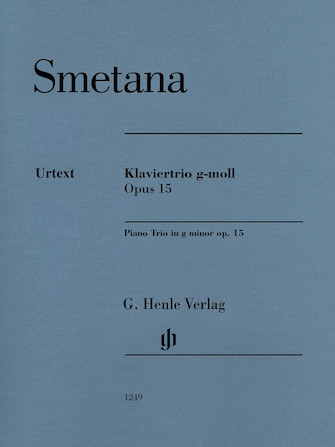 When Smetana composed his piano trio in the autumn of 1855, it was an act of catharsis to recover from the death of his four-year-old daughter Friederike. This highly emotional work was also his first large-scale piece of chamber music. Its first public performance in December 1855 was regrettably not a great success, and so Smetana embarked on a protracted process of reworking it. By the late 1850s, it had reached its current form. Smetana always liked to perform it, but only found a publisher for it in 1880, when one of his pupils invited the Hamburg publisher Hugo Pohle to a performance at short notice. Smetana specialist Milan Pospísil has based this Henle Urtext edition on the first edition by Pohle, but has also drawn upon the earlier sources. This has enabled him to iron out numerous inconsistencies found in the first edition.

From My Native Land

Ma Vlast No. 4 “From Bohemia's Fields and Groves”

Concerto for Horn and Orchestra

Flying Theme (from E.T.: The Extra-Terrestrial)

Livin' on a Prayer