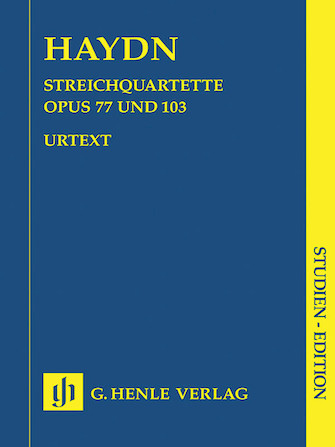 These are the last of the nearly seventy quartets in Haydn's oeuvre. Originally he intended to write a set of six quartets, as so often in the past, but at the time they were written, in 1803, Haydn's health was so poor that he could not fully satisfy the commission from Prince Lobkowitz. Instead he published only two complete quartets as op. 77. Later he allowed an incomplete work consisting of two middle movements to appear as op. 103, adding to the print the portentous words: “Gone is all my strength, old and weak am I.” Musically, however, these quartets are anything but weak: they represent the aged composer virtually at the zenith of his powers. Haydn even went so far as to call op. 77, no. 2, his “most beautiful string quartet.”

The Heavens Are Telling

Concerto for Trumpet and Orchestra in E-Flat Major Hob.VIIe:1