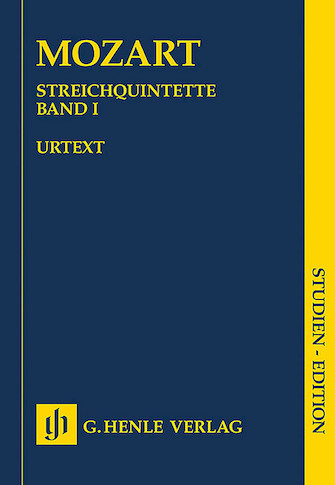 “Because I only need four parts to express everything” –Haydn is said to have replied thus when asked why he had not composed a string quintet. Mozart saw things differently. He applied himself to this genre six times, even giving important parts to the two violas. Following Volume II, which contains the three most often played quintets, we now warmly recommend Mozart's first Quintet K. 174 to ensembles, before in 2008 the 3rd and final volume will be published. The editors were able to refer to the autograph, which is once again accessible. It shows Mozart's intensive compositional work, resulting in the fact that he composed the minuet and finale of the work a second time. The first version of both movements is included in the appendix of our edition, enabling insightful comparisons.

Exercises for the Violoncello – Books 1 and 2 String

String Quintets – Volume I has been added to your cart

Due to high demand, String Quintets – Volume I is on back order