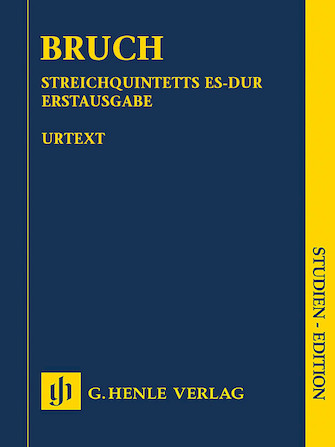 On May 18, 2006, a manuscript was auctioned at Sotheby's that made chamber musicians prick up their ears. Shortly before his death, Max Bruch composed three works for strings which he was no longer able to have published. Following his death, the two quintets and the octet were believed to have gone missing. Whilst the other two works have since re-appeared, the Quintet in E-flat Major could not be found. It was only later that the well-preserved copy surfaced in Sotheby's catalog. Following a scholarly evaluation, we are now proud to presenta first edition of this charming late Romantic work to the music world.