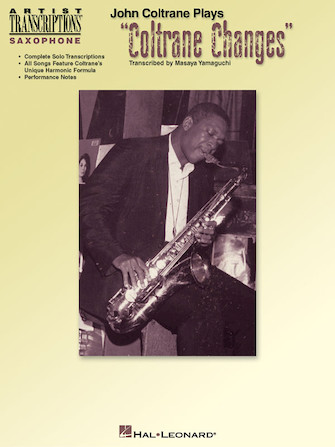 In the late 1950s, John Coltrane composed or arranged a series of tunes that used chord progressions based on a series of key center movements by thirds, rather than the usual fourths and fifths of standard progressions. This sound is so aurally identifiable and has received so much attention from jazz musicians that it has become known as “Coltrane's Changes.” This book presents an exploration of his changes by studying 13 of his arrangements, each containing Coltrane's unique harmonic formula. It includes complete solo transcriptions with extensive performance notes for each. Titles include: Body and Soul • But Not for Me • Central Park West • Countdown • Fifth House • Giant Steps • Summertime • and more.

The Music of John Coltrane

Joe Henderson – Selections from “Lush Life” and “So Near, So Far”

The Best of Joe Henderson

The New Best of Wayne Shorter