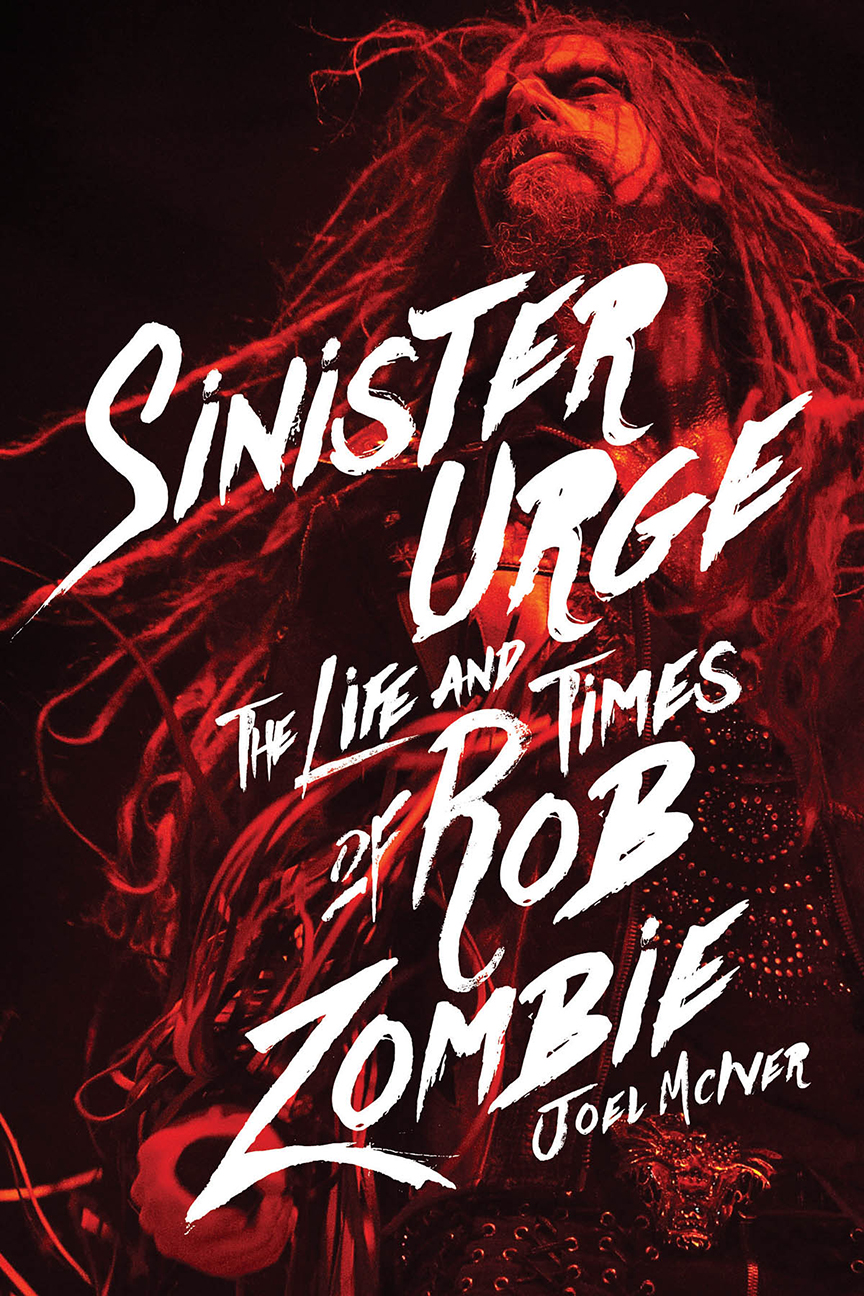 Sinister Urge is the first in-depth, career-spanning biography of heavy-metal musician and filmmaker Rob Zombie. Born Robert Cummings in 1965, Zombie is now as well known for his movies as he is for his music, which he has released and performed both as a solo artist and as part of his early band White Zombie. In both fields, he imbues his art with the vivid sense of macabre theater that has thrilled his millions of disciples since he and his band first emerged with Soul-Crusher in 1987.

Although he has sold millions of albums and generated many more millions of dollars at the box office, Zombie has never taken the easy option or the predictable route. Indeed, while the music industry – and many of his peers – have fallen to their knees in the last decade or so, Zombie has found a new edge, his work undiluted by success or middle age.

Drawing on original research and new interviews with bandmates and associates, Sinister Urge takes a detailed look at Zombie's challenging oeuvre, offering close analysis of his albums and films alongside tales of his life and work on and offstage.

Justice for All: The Truth About Metallica