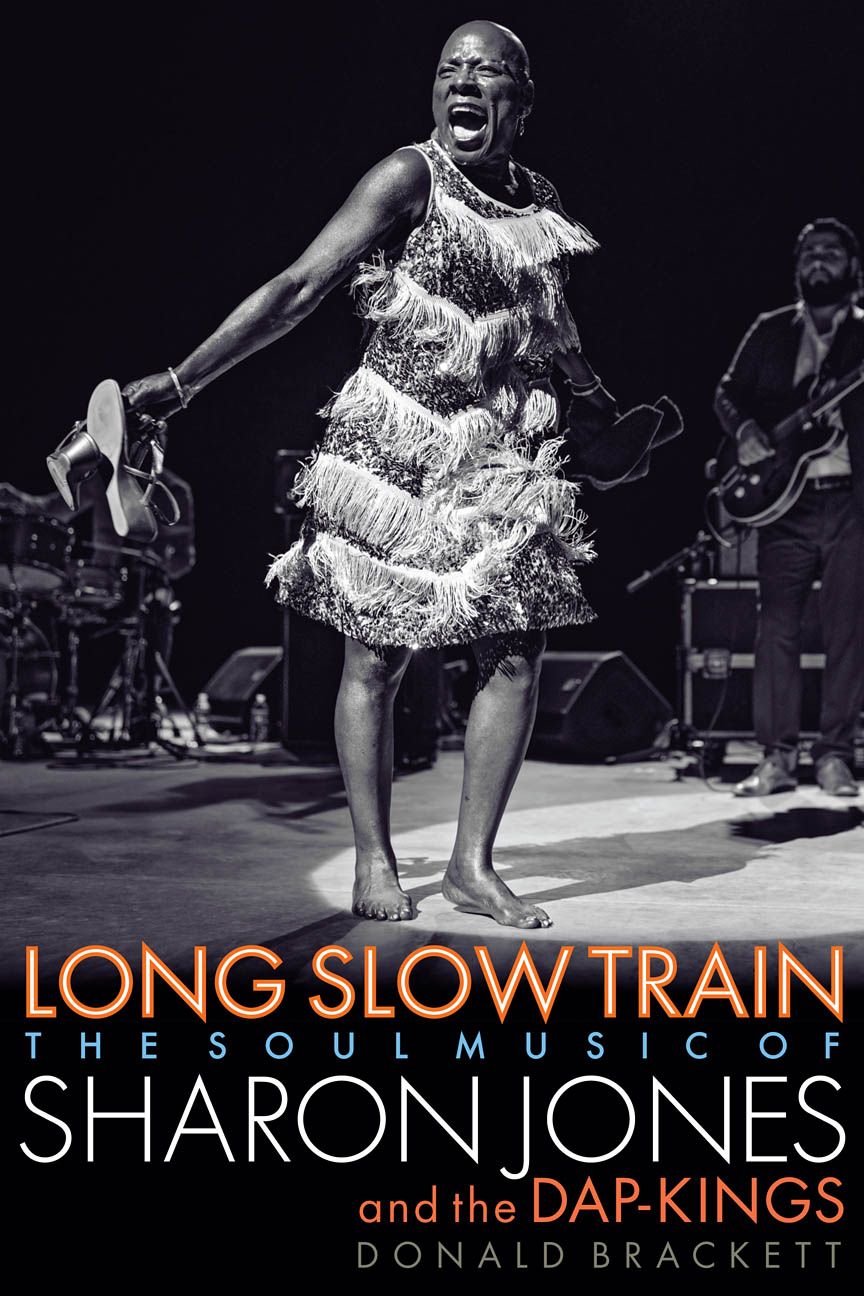 A lively and engaging chronicle of the triumphant rise of Sharon Jones – one of the most authentic purveyors of American soul music since James Brown – Long Slow Train: The Soul Music of Sharon Jones and the Dap-Kings traces her roots from gospel to soul to funk and beyond.

After many years of struggling on the periphery of the music industry and being told by label executives and producers that she was “too short, too old, too fat, and too black” to make it as a headlining performer, Jones was finally discovered in 1996 by the Brooklyn-based revivalist label Daptone Records. The rest is herstory. As the dynamic frontline singer for the stellar soul band the Dap-Kings, Jones's career ascended rapidly, establishing both the band and the label with a cult-like following for her special brand of gospel funk.

From 2002 until 2016, when Jones succumbed to pancreatic cancer, she and her band toured globally and released a flock of singles and eight full-length albums. (During that time, they were also tapped by Amy Winehouse's producer, Mark Ronson, to be the studio outfit for their Grammy Award-winning album, Back to Black.) In 2015, Jones was profiled in the popular documentary Miss Sharon Jones!, directed by Barbara Kopple, as the unstoppable soul queen continued to deliver explosive live concert performances even while undergoing medical treatment.

This book offers a heartfelt appreciation for a bighearted star who beat the odds and did it all her way.