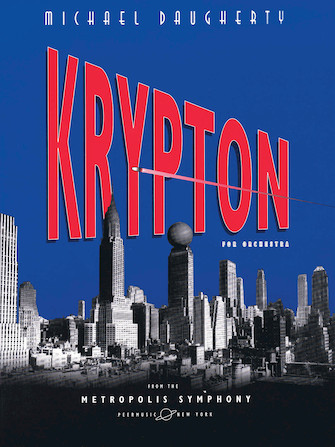 Metropolis Symphony is a five-movement musical response to the world of Superman, and Krypton refers to the exploding planet from which the infant Superman escaped. A dark, microtonal sound world is created by glissandi in the strings, trombone, and siren. Two percussionists play antiphonal fire bells throughout the movement, as it evolves from a recurring solo motive in the cellos into ominous calls from the brass section. Gradually the movement builds toward an apocalyptic conclusion. Duration - ca. 7:00

Once Upon a Castle Boosey & Hawkes Chamber Music

Letters from Lincoln for Baritone and Orchestra Boosey & Hawkes Scores/Books

METROPOLIS SYMPHONY: II. Krypton has been added to your cart

Due to high demand, METROPOLIS SYMPHONY: II. Krypton is on back order