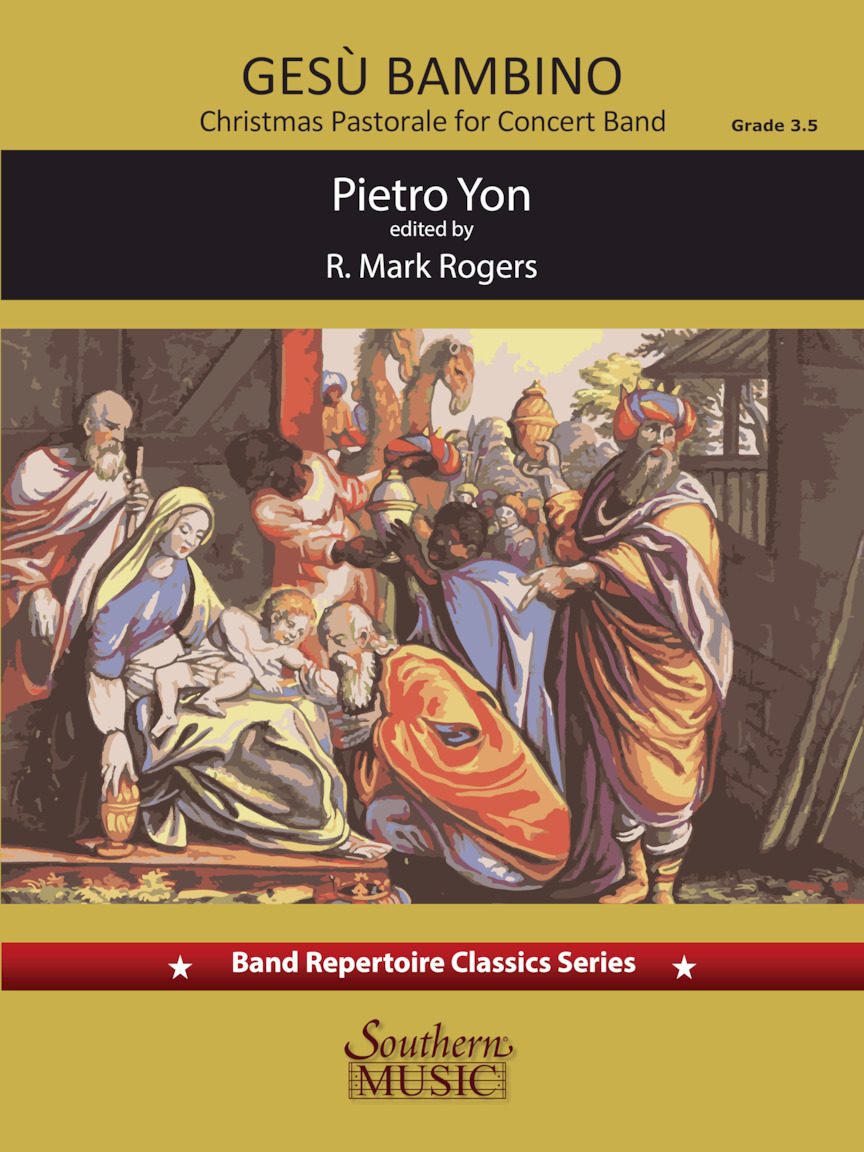 This stately, pastoral work incorporates the chorus of “O Come All Ye Faithful” (or “Adeste Fideles”) into the writing. The original melody by Yon is rather remarkable in its elegant beauty and sounds timeless and enchantingly ancient, though it was written rather recently in 1917. Pietro Yon was an organist who spent most of his career at the St. Patrick Cathedral in New York. Yon was well regarded in his lifetime by fellow musicians, notably among his pupils was the celebrated American songwriter Cole Porter and upon his passing in 1943, Arturo Toscanini himself was among those who attended his large funeral. This arrangement begins solftly with a simple statement of the melody in the trumpets. The theme expands as it is passed around the various instrumental choirs with increasing use of counterpoint. Culminating in a joyous exhaultation the music winds to a gentle and serene conclusion. The score is well-cued in key sections where the melody is prominent.

Gabriel's Oboe (from The Mission)

Carol of the Bells

For the Beauty of the Earth