The Birth of the Musical Follies 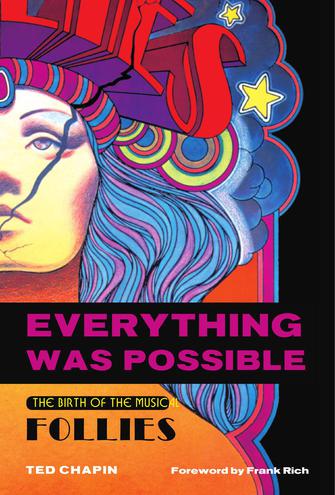 The Birth of the Musical Follies

In 1971, college student Ted Chapin found himself front row center as a production assistant at the creation of one of the greatest Broadway musicals, Follies. Needing college credit to graduate on time, he kept a journal of everything he saw and heard and thus was able to document in unprecedented detail how a musical is actually created. Now, more than thirty years later, he has fashioned an extraordinary chronicle. Follies was created by Stephen Sondheim, Hal Prince, Michael Bennett, and James Goldman – giants in the evolution of the Broadway musical and geniuses at the top of their game. Everything Was Possible takes the reader on a roller-coaster ride, from the uncertainties of casting to drama-filled rehearsals, from the care and feeding of one-time movie and television stars to the pressures of a Boston tryout to the exhilaration of opening night on Broadway. Foreword by long-time NY critic Frank Rich.