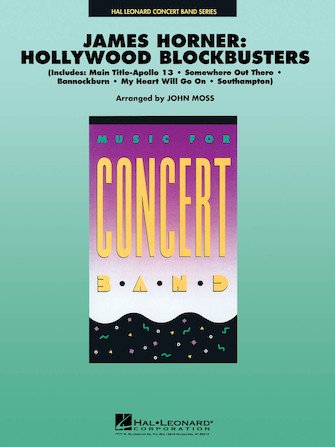 James Horner has risen to the “A” list of Hollywood film composers with his powerful symphonic scores and memorable songs. John Moss' medley highlights some of his best cinematic moments including: Apollo 13, Somewhere Out There (from An American Tail), Bannockburn (from Braveheart), and My Heart Will Go On and Southampton (from Titanic).

Highlights from Into The Woods Young Concert Band

James Horner – Hollywood Blockbusters has been added to your cart

Highlights from Into The Woods Young Concert Band Add to Cart