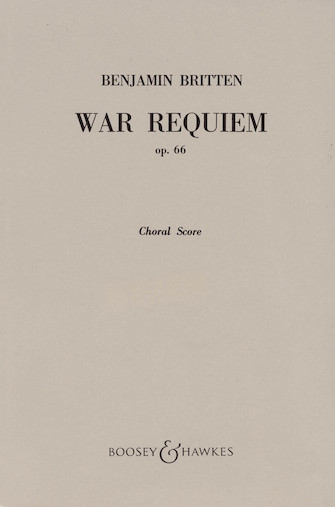 Lord, Thou Hast Been Our Refuge Choral

The Pirates of Penzance Vocal Score

The Pirates of Penzance Opera

War Requiem, Op. 66 has been added to your cart

Lord, Thou Hast Been Our Refuge Choral Add to Cart

The Pirates of Penzance Vocal Score Add to Cart

The Pirates of Penzance Opera Add to Cart

Due to high demand, War Requiem, Op. 66 is on back order