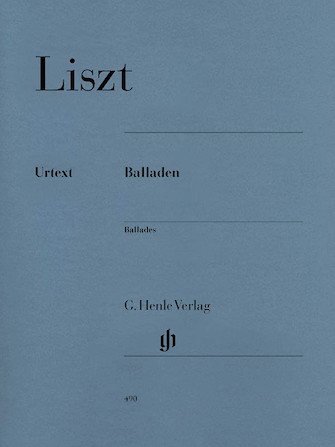 Liszt wrote his two Ballades in 1845-49 and 1853 during a time of personal turmoil. The successful virtuoso increasingly saw himself as a composer who strove after formal clarity, as shown by the B minor sonata that was also composed in 1853. When Liszt began work on the first Ballade, he had just separated from his mistress of many years, Marie Comtesse d'Agoult. He called the first sketches for the work Dernières Illusions. A better-known work is the second Ballade in B minor, with whose ending he struggled (the two fortissimo endings in Liszt's autograph have been published for the first time in the appendix to our edition).

Ballades has been added to your cart

Due to high demand, Ballades is on back order