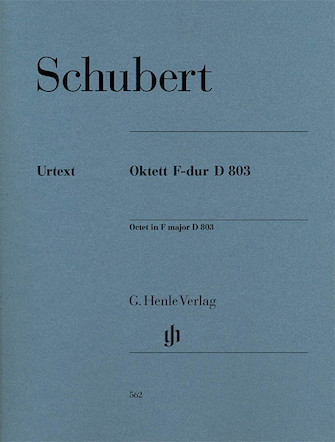 The model for this composition was Beethoven's Septet op. 20, whose Divertimento character and six-part layout were adopted by Schubert, although he merely expanded the instrumentation by adding a second violin. In a letter he numbered his octet amongst the chamber music works with which he desired to blaze a “path to the great symphony.” It can no longer be ascertained whether the composition was commissioned by Count Ferdinand Troyer, who had a musical salon in Vienna and played the clarinet. We only know that Schubert composed the work at the beginning of 1824, taking only a few weeks to do so and that it was shortly performed at Troyer's afterwards. Today it is one of the most popular larger chamber music works.

The Lord Is My Shepherd Music Sales America

Due to high demand, Octet in F Major D 803 is on back order