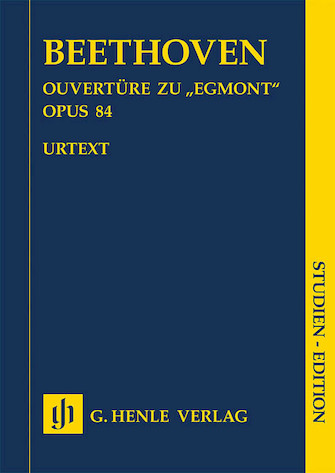 When Beethoven received a commission from Vienna's Burgtheater to composer stage music for Goethe's tragedy Egmont in 1809, he viewed it as a great honor. The impetus would have been all the stronger since the drama, about a Dutch nobleman who falls victim to a plot by a Spanish ruler, from the outset provided for music at several points. Beethoven repeatedly declared later on that he received no honorarium from the theatre's management, but had written the music “solely out of love for the poet.” The overture became separated from the rest of the incidental music very early on; it was separately published and soon performed as a concert piece independent of the stage tragedy. Henle now issues it as a study score based on the text of the Beethoven Complete Edition, and with a new preface.

Consecration of the House Schott

Variations on a Theme by Haydn, Op.56a Study Score

“Egmont” Overture Op. 84 has been added to your cart

Variations on a Theme by Haydn, Op.56a Study Score Add to Cart