Don Wyrtzen received an early start in music, radio and television while associated with his father, Dr. Jack Wyrtzen, founder of Word of Life International. As a graduate of The Moody Bible Institute, The King's College and Dallas Theological Seminary, he did graduate work in music at the University of North Texas. He has received several awards honoring him for his excellence in Christian ministry and music. Don has either arranged or composed over 400 anthems and sacred songs, many of which are now in standard church hymnals. In 1981 he received a Dove Award from the Gospel Music Association for the musical The Love Story. Don has also arranged, orchestrated and conducted for such major artists as Steven Curtis Chapman, 4-Him, Michael Card, Steve Green, Sandi Patty, The Gaither Vocal Band, First Call and Andy Williams. In the last few years he has become recognized as one of the leading musicians and statesmen in Christian music. He lectures on church music, worship and hymnology at many of the leading Christian colleges, universities and seminaries and is a widely sought speaker. Don and his wife, Karen, reside in Brentwood, Tennessee, where he is president of Don Wyrtzen Music Ministries. They have two grown children, a son, D.J. and a daughter, Kathleen. 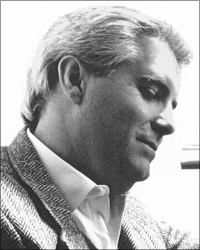