Dr. T. Matthew Edwards is a musician of many facets. As a pianist, he has been hailed by his critics for his 'considerable talent - honest musicianship and a formidable technique./ His performances have taken him throughout the United States, appearing as recitalist, guest artist, concerto soloist, and collaborative artist. His competition winnings include the Grand Prize in the Stravinsky Awards International Competition, and First Prize in the Music Teachers National Association National Collegiate Finals. Dr. Edwards has previously served as part-time faculty at several colleges, including the Peabody Conservatory of Music in Baltimore, and Assistant Professor of Music at Anne Arundel Community College in Maryland. Currently, he is Associate Professor of Music and Director of Keyboard Studies at Missouri Western State University. As a lecturer, he has been featured at the National Conference of the Music Teachers National Association, the World Pedagogy Conference, and at the State Conventions of the Maryland and Texas MTA. As a composer, he has had major works premiered in Chicago, Salt Lake, and the Baltimore area, and is a contributing author for the Hal Leonard Student Piano Library. As a conductor and coach, Dr. Edwards has served as the rehearsal pianist/coach for the Annapolis Opera, and musical director for Opera AACC. He lives in the Kansas City, MO area with his wife and three children. 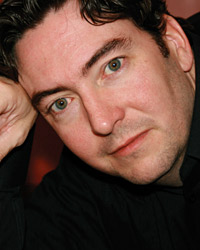