Douglas Akey began his musical training in the public schools of Elmhurst, Illinois. He attended Arizona State University on a performance scholarship, earning a Bachelor of Music degree in Instrumental Music (1979) and a Master of Music in Solo Performance (1985). He also studied brass performance for two summers at the Banff Centre for the Performing Arts in Alberta, Canada. He has studied horn with Carroll Simmons - Grant Park Orchestra (Chicago), William Strickland - freelance hornist (New York), Ralph Lockwood - Arizona State University, and Roland Pandolfi - Principal Horn, St. Louis Symphony. Since 1987, Mr. Akey has been Director of Bands and Music/Drama Department Chairperson at Hendrix Junior High School in Chandler, Arizona. He has been teaching junior high school band in the Phoenix area since 1979. His bands have been invited to perform at numerous education conferences, including the 1994 Midwest International Band and Orchestra Clinic and the 1998 Music Educators National Conference. He is in demand as a clinician, having directed many junior high and high school honor bands throughout the West. He has also presented sessions at music conventions in Arizona, Colorado, Ohio and Wyoming. In 1985, Mr. Akey received the Stanbury Award of the American School Band Directors Association as the outstanding young junior high school band director in the United States. Since that time, he has gone on to become recognized as an accomplished composer of school band music. His works have appeared on dozens of state contest lists and are performed by bands throughout North America, Europe, Australia and the Far East. In 1996, he was honored as the National Federation of Secondary Schools Music Educator of the Year for Section 7 (Arizona, California, Hawaii, Nevada and Utah). Mr. Akey is an active performer, having played with the Del Sol Brass Quintet and Arizona Brass Quintet, as well as the Phoenix and Tucson Symphony Orchestras. He currently serves as principal horn with the Tempe Symphony Orchestra. 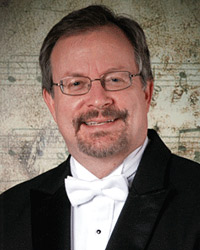