JOHNNIE VINSON is Emeritus Director of Bands and Professor of Music at Auburn University. He received the Bachelor of Science and Master of Education degrees in Music Education from Auburn, and the Doctor of Arts degree in Music Theory from the University of Mississippi.

Dr. Vinson retired from Auburn University in June 2007 after a 36-year career with the Auburn Bands. Prior to joining the Auburn faculty, he taught in the public schools of Columbus, Georgia, and worked as a graduate assistant with the bands at the University of Texas and University of Mississippi. At Auburn, he supervised the overall band program, conducted the symphonic band, and taught conducting and band arranging. He was also faculty sponsor to Auburn's Theta Lambda chapter of Tau Beta Sigma.

With well over 400 published works, Dr. Vinson is an internationally recognized arranger/composer of music for band. His publisher is Hal Leonard Corporation (www.halleonard.com), the world leader in the print music industry. He has served as an adjudicator and clinician throughout the United States and Canada.

Dr. Vinson has been active professionally as a member and officer in numerous organizations. He has served as National Vice President for Professional Relations for Tau Beta Sigma, is a past president of the Alabama Music Educators Association, and is former Alabama state chair of the College Band Directors National Association. He is also a former member of the board of directors of the National Band Association, and is a past president of Rho Chapter of Phi Beta Mu International Bandmasters Fraternity. He is a member of the National Association for Music Education, Phi Mu Alpha Sinfonia, Kappa Kappa Psi, and ASCAP.

Dr. Vinson was elected to membership in the prestigious American Bandmasters Association in 1994, and is presently serving his third term as a member of its board of directors. He has been presented the Distinguished Service to Music Medal by Kappa Kappa Psi, the Citation of Excellence by the National Band Association, and the Outstanding Music Educator Award by the Alabama Music Educators Association. In January 1998 he was elected to the Alabama Bandmasters Hall of Fame, and in January 2008 was a member of the inaugural class inducted into the Alabama Music Educators Hall of Fame.

You are invited to visit Dr. Vinson¹s web site at: www.johnnievinson.com. 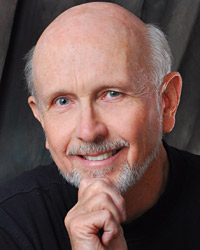